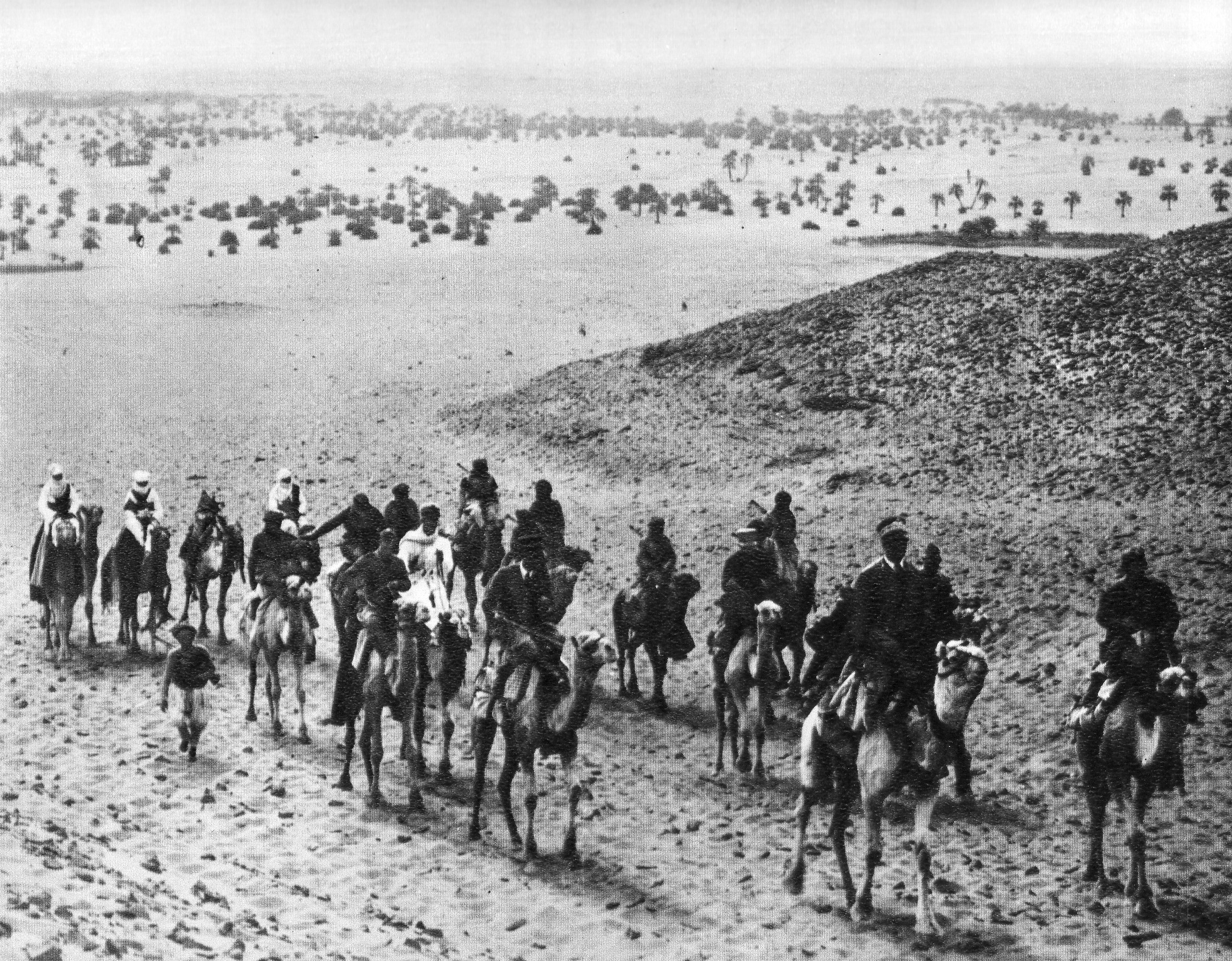 During the final stages of the “pacification” of the Libyan resistance to the Italian colonial rule, on May 17, 1932, General Rodolfo Graziani sent a circular for the repatriation of four Italian soldiers from his seat of Vice-Governor of Cyrenaica (one of the three administrative divisions of modern-day Libya, alongside Tripolitania and Fezzan) in Benghazi. In the same document, the General addresses also an issue that he apparently regards as greatly important:

“This ‘mabruchismo’ [relations of concubinage between Italian men and Libyan women, from the Arabic expression to indicate women, mabrukah] is one of the plagues that infested the colony. There are still some traces of it, or better still some nostalgia of it, however I intend to eradicate it completely. That is because, beyond political considerations (I refer to all the speculations that the indigenous world loves to do in regard to our relationship to their women), the only disciplinary side of it is sufficient to condemn it and deprecate it.”

One of the main architects of Fascism’s colonial policies in Cyrenaica and Tripolitania, General Rodolfo Graziani was without a doubt the most trusted man by Mussolini in the military management of the Italian colonies. Nicknamed “the butcher of the Fezzan” because of his use of violence in the repression of the Libyan resistance, Graziani perfectly embodied the totalitarian political paradigm of Fascism, as he deeply believed in the hierarchical structures of power of the Fascist government and enforced its political will ruthlessly. What appears to be so relevant in this short excerpt of the circular is therefore the level of anxiety that such a key personality in the history of fascist colonialism attaches to the phenomenon of ‘mixed’ sexual relationships within the Libyan colonies.

But what was the real relevance of the phenomenon of ‘mixed’ relationships within the colonial world? Why is it so important to study its role within the Libyan context? This blog tries to answer these questions while underlying the reasons that brought me to start researching this topic and the hopes I have regarding the impact that such study could have on both the academic world and the Italian public debate over its colonial history.

Management of interracial sexuality in the academic literature

Far from being an isolated case, the management of sexuality in the colonies has always been one of the main points of concern for the European colonial elites in different parts of the world. Sexuality is in fact recognized as the fundamental field where differences of gender, race and class were constructed in the colonial political economy, while ‘mixture’ can be described as the very category that confuses such categories, therefore making their construction apparent. The many examples of research that has been conducted especially on the Dutch (Locher-Scholten2, Stoler3), British (Levine4) and French (Taraud5) colonial contexts regarding the role of the management of sexuality and ‘mixture’, have empirically shown such fundamental ties between the creation of social hierarchies in our contemporary world and the production of colonial categories.

The relevance given by the academic tradition to the regulation of sexuality and ‘mixture’ in the colonial context appears to be true also for the historiography on Italian colonialism. The works of Sorgoni (19966), Barrera (20027) and on a smaller scale of Ponzanesi (20128), focusing on interracial relationships in the colony Eritrea, represent important contributions in the field. However, there is no similar analysis done for the Libyan colonies, which seem to have been mostly ignored by the academic literature in this regard. Scholars engaged in the field of ‘mixture’ in the colonies have suggested that “in the Libyan colonies, apparently- as testified by the silences of archives, institutions and contemporary observers – there was not a consistent and widespread anxiety regarding ‘mixture’ and mixed children as it instead was in Eritrea first and Ethiopia next” (Spadaro 2013, 319). However, the very creation of a specific term for the kind of concubinage that was typical of the Libyan colonies (‘mabruchismo’) indicates the undeniable widespread presence of the phenomenon. Furthermore, the strong feelings towards it of a man like Graziani surely convey the presence of at least some form of anxiety regarding it in the colonial ruling classes, an anxiety that most definitely lead to forms of regulation of the phenomenon

Besides the already noticed evident research gap, it seems important to research the management of sexuality and ‘mixture’ in the Libyan context for several other important reasons. First of all, it is important to analyze how sexuality was managed in the colony in order to unveil the intertwining between the construction of colonial categories and the relations between the colony and metropole. This type of analysis has been carried out for the Italian Eastern African colonies, but not for Libya, implying that there is a piece of the puzzle missing from a thorough analysis of the colonial heritage of modern Italian society. An analysis of the management of ‘mixture’ in Libya, one that would relate its regulations to both the people involved in them and the way they were represented in the public discourse, could give an interdisciplinary outlook on the history of the Italian domination on the Libyan territories.

Moreover, by uncovering such weaving it would be possible to add another perspective to the role that the regulation of ‘mixture’ played in the construction of an ideal of Italian whiteness, relating it to the already studied Eritrean and Ethiopian contexts. Indeed, when Italy invaded Libya in 1911, the identification of the Italian nation with a specific race took hold of the collective imagination in a definitive manner. The racialized differences between North and South Italy that had plagued the Italian nations for the first decades of its existence were sedated under the repressive and centralized policies of the State. Re (2010, 1010) called the Libyan War a “turning point” for the assertion of the Italian national identity as white and modern, as it represented the first colonial enterprise framed as a demographic, almost proletarian expansion. As the Italian political elites were framing the colonial enterprise in Libya as a such, it is hard not to see the repercussions that the management of sexuality and ‘mixture’ in such context would have on the idea of an Italian national identity itself. Ultimately, the formation of Italian national identity rested on the construction of dominant subjects that conformed to standards forged along standards of masculinity, whiteness, and modernity. Leaving out the role that the management of the Libyan colonies in such process cannot but represent an incomplete analysis of the colonial roots of Italian national identity, an incompleteness that still reverberates in contemporary Italian society.

The colonization of Libya in Italian public memory

Theoretical considerations aside, a research on the management of ‘mixture’ in colonial Libya could have repercussions on the collective memory of those thirty years of colonial domination, so relatively short but also so relevant. Libya was often represented as a “white” Italian colony, where the iron fist of Fascism managed to create a segregated society and a demographic colonization designed to counteract the decades-long “big shame” of Italian emigration towards “whiter” countries. It therefore comes as no surprise that the former colony still holds this kind of representation in Italian collective memory. A quick internet search reveals that “Italian-Libyans” are still considered to be those Italians who settled to the Libyan colony after its pacification and managed to live there until Qaddafi sent them back to the peninsula as a retaliation for the colonial past.11 This concealment of ‘mixture’ in the Libyan context, which finds its roots in the years of Fascist racial hygiene, can be explained by a politically contingent need to frame the Italian colony as impermeable to racial mixing. This representation of colonial Libya is still strong in the imaginary of Italian people, who often consider the colonial era as a marginal event in the history of the Italian nation. The creation of a strong, monolithic idea of the Italian nation through the painful process of the Italian Unification, which is still alive and well in the Italian public discourse, isn’t compatible with the processes of racial ‘mixing’ and cultural hybridizing typical of any colonial enterprise. ‘Mixture’ seems to be therefore erased from the dominant representations of Libyan colonial society, resulting in a fictitious reality where the cultural and social promiscuity inherent to any colonial setting are not even considered. Colonial Libya is still represented as a fixed, tidy and compartmentalized society that could not be further away from the reality of colonial life, where settlers and natives, defying the colonial elites’ attempts to define hierarchical systems of certainty, intermingled and lived together, married and had children.

For these reasons ‘mixture’ in Libya most definitely is an extremely relevant and understudied field of research that needs to be dealt with extensively. I will attempt to collect personal stories of ‘mixed couples’ and ‘mixed children’, stories of prostitution, concubinage, and the attempts to regulate such phenomena in the colonial Libyan context. The ambitious aim of the research is to depict a complex and understudied social reality and the effects that the regulation of ‘mixture’ had on the shaping of social categories in the contemporary Italian context. My hope is that one day, also thanks to my research, the recognition of the role that ‘mixture’ played in the definition of the idea of the Italian nation will be fully acknowledged.